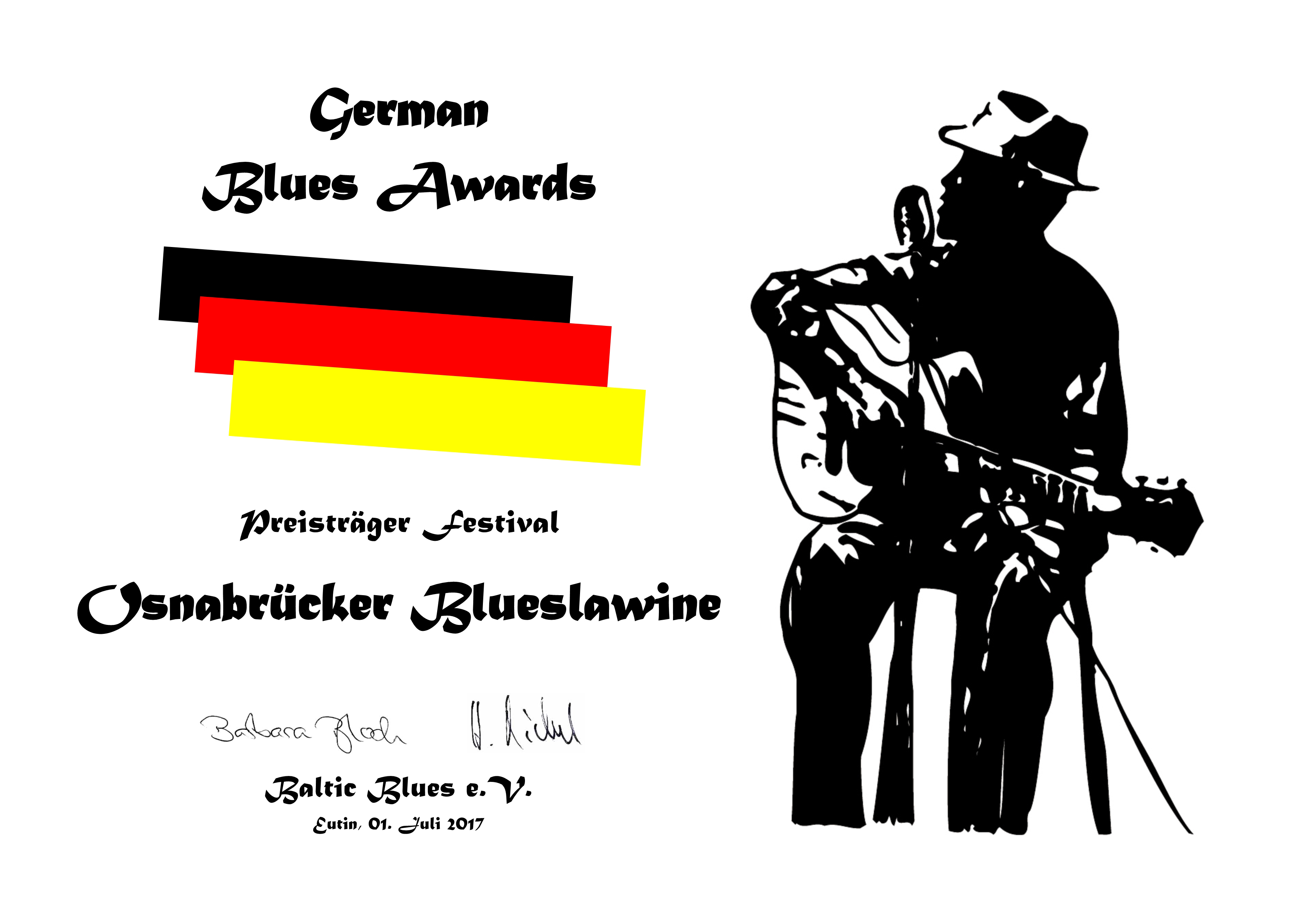 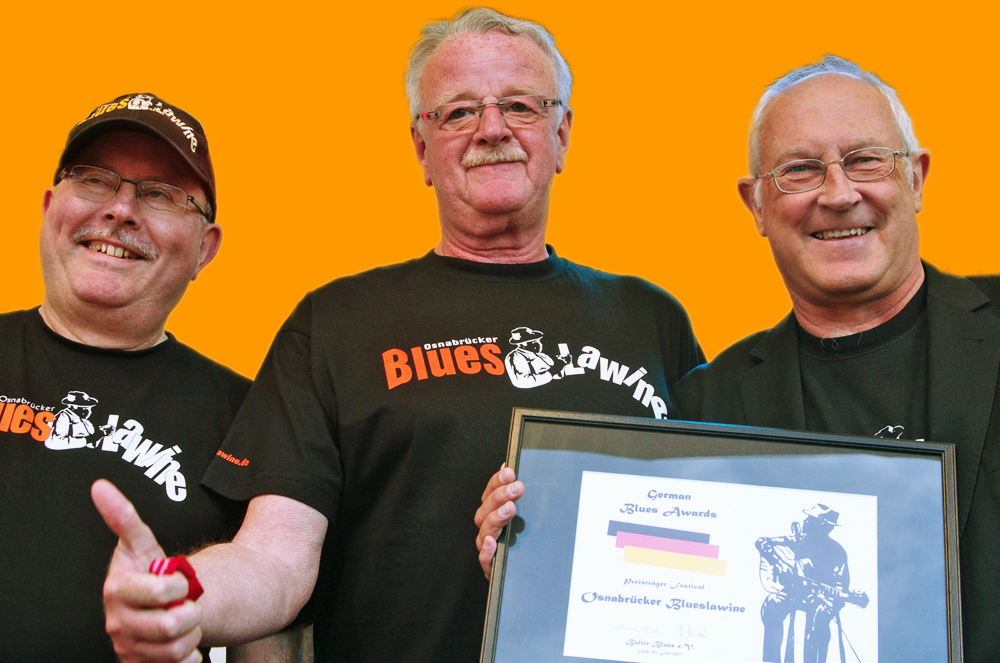 Washboard in the front line

It's true that Cologne has been "blessed" several times in the last few years with flood water. Nevertheless, the town still lies, as before, on the middle Rhine and not in the Mississippi delta. Even if the six musicians from The Swamptones behave as if it does.
The ordinary listener in the Haus der Jugend could have come to the conclusion that the group from Cologne and the surrounding area played decent, authentic Rhythm and Blues, and Blues that you could dance to. In this respect, a good finale to the Blueslawine, the festival that the Osnabrücker Bluesverstärker (Blues 'Amplifiers') offered for the ninth time out of sheer fun and enjoyment. Except – it is a bit strange to experience six brave Westphalian musicians that claim to play original black music.
Their music made one move and dance and the accordion plus washboard to the fore brought exotic colour in to play. Still, the whole thing felt like a small labelling swindle.

It has to be said, though, that the Swamptones also had the unfortunate fate to appear after the trio The Mudsliders, because this group made it so very clear what makes good blues.
Steve Baker demonstrated what colours and phrases can be extracted from a simple blues harp (harmonica) – a virtuoso with jazz qualities. Dick Bird, the congenial partner on the other side of the stage, sang and provided a harmonic foundation on the guitar, disappeared into the clouds on finger-picking solos and then returned to the down-to-earth three chords – often and with obvious pleasure with drawn-out bottle-neck notes.
And finally, in the middle, Angela Altieri, the trio's female "drummer". This petite lady carried her whole drum set in front of her stomach – a washboard and a few gimmicks like cymbals, a bell or a sardine tin. She played these variously with thimbles or mixer and egg-beater and sang with a warm voice.
And with her compositions she advanced the history of the blues a tiny bit. Which blues up to now has described the anger of a housewife? Without any great technical show, simply with musical excellence and with a great, great deal of drive these three swept their listeners away – a real "blues avalanche".

In comparison, the other two bands of the evening just made large or not quite so large snowballs. That's true of the Swamptones and wasn't different for Crimson Alley. Sure, there were some interesting guitar or organ solos. But they weren't enough to let the Blues take off, since the bass drum remorselessly nailed the high-flyers in permanent crotchets. And since the mixing was far too loud, it became the merciless killer of the groove. From this point of view it would have been a wasted evening if it had not been for the Mudsliders.

Note from the Bluesverstärker: It would not have been a wasted evening even without the Mudsliders. There were positive appraisals from us and from many members of the audience for Crimson Alley and the Swamptones as well!