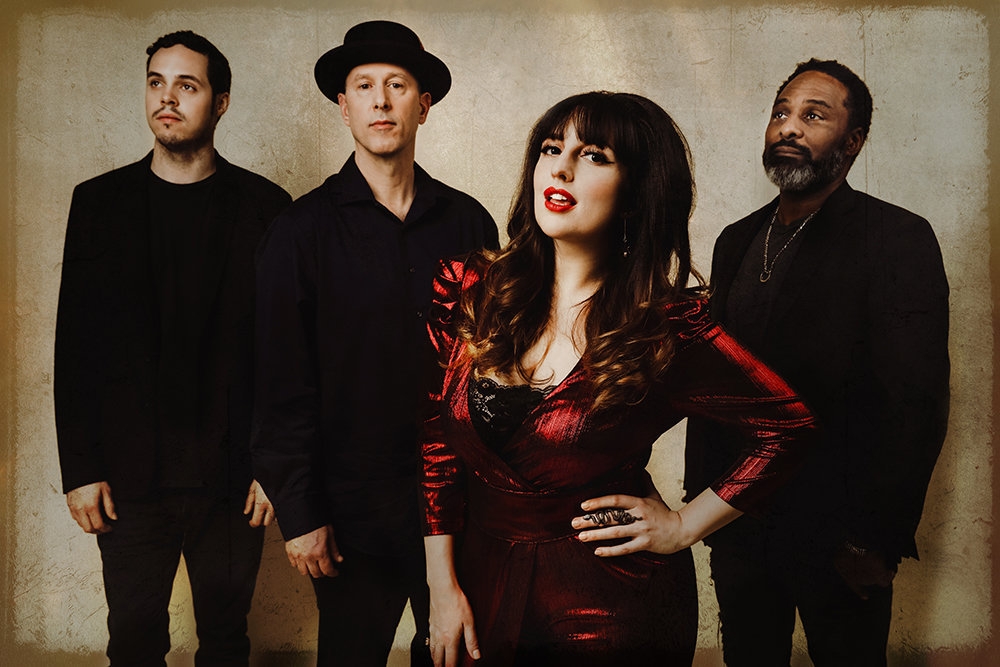 Take some soul-soaked, floating female vocals, some blues-soaked rock guitar, add a pinch of New Orleans jazz horns, sprinkle with a funky bass and shake it up with internationally acclaimed musicians - and you have the Moonshine Society sound!
Ever since they named themselves the Moonshine Society after toasting toasters with drinks under the moon in Washington DC, they have brought their blues to Asia, Cuba and across the United States. No synthetic sounds, no backing tracks, no auto-tune; everything the band plays is live, including the Hammond B3 sounds coming out of the keyboards Leslie box.
Three members of the band were inducted into the Blues Hall of Fame. They opened shows for artists like Johnny Winter, Roomful of Blues, Tower of Power, The Nighthawks, Tab Benoit and many others.
The band line-up:
Jenny Langer - lead vocals
Cole Holland - guitar
Zach Sweeney - guitar (former guitarist of Wayne Hancock)
Christopher Brown - bass
Rodney Dunton - drums / vocals