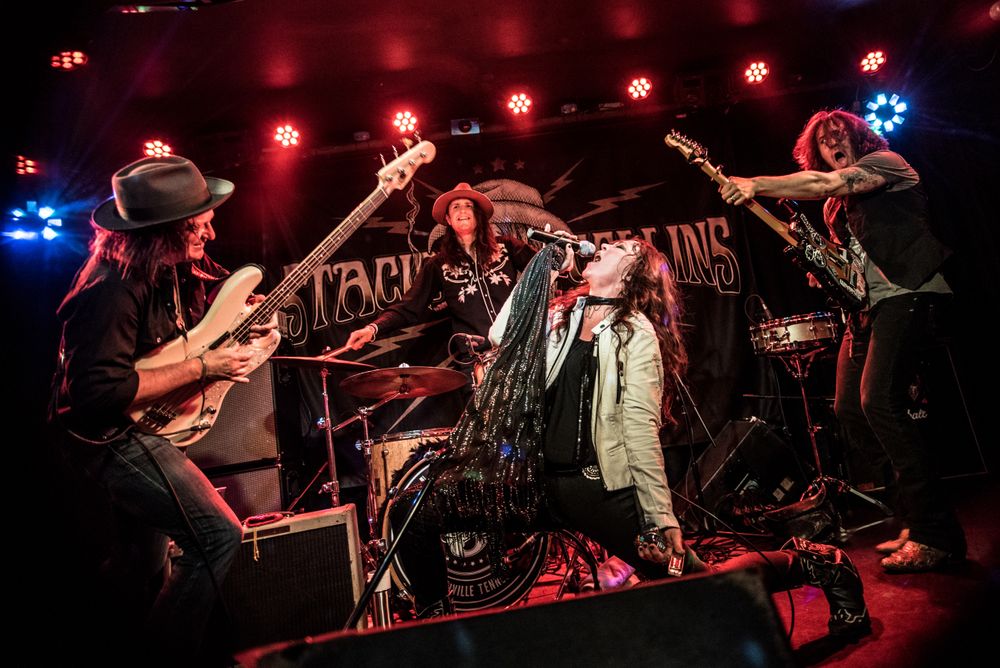 Stacie Collins calls her style of playing „Southern rockin', harp howlin', twang bangin' rock 'n' roll“. Stacie Collins is from Nashville Tennessee and plays Blues, Rock & Roll and Country and put it into an explosive mix of Southern Roots Rock. Her stage show is energetic and breathtaking. Augmented by the Al-Mighty Three Band, where husband Al Collins is playing bass and contributes song writing with Stacie, the band's playing is highly entertaining for audiences. During her career she has developed an enormous quality as a „shouter“ and has perfected her harp playing. Stacie will play through songs of her five albums. Only some slow ballads and several rhythm & blues songs will soften the quick array of the country rock repertoire. Something similar has never been seen during 25 years of Blueslawine.