Connie Lush and her band Blues Shouter hail from Britain. The band name gives a hint: she is one of UK's greatest blues singers.
Connie has received various European music awards as a singer and songwriter. She has been playing and touring with Blues Shouter since 1993. Her husband Terry Harris plays bass in the band, Carl Woodward sits behind the drums, and John Lewis handles the "smoking guitar".

On May 21st. 1995 she joined forces with several other British blues musicians, contributing three songs in a memorial concert for Alexis Korner, eventually committed to a live double album in 2002.
A highlight in their career was the gig in the Royal Albert Hall in 1998, as support band for B.B. King, who said about Connie: "That woman makes my heart sing". This great concert, "Live at The Royal Albert Hall", is also available on CD. 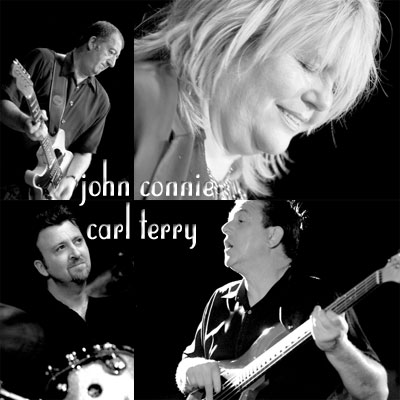